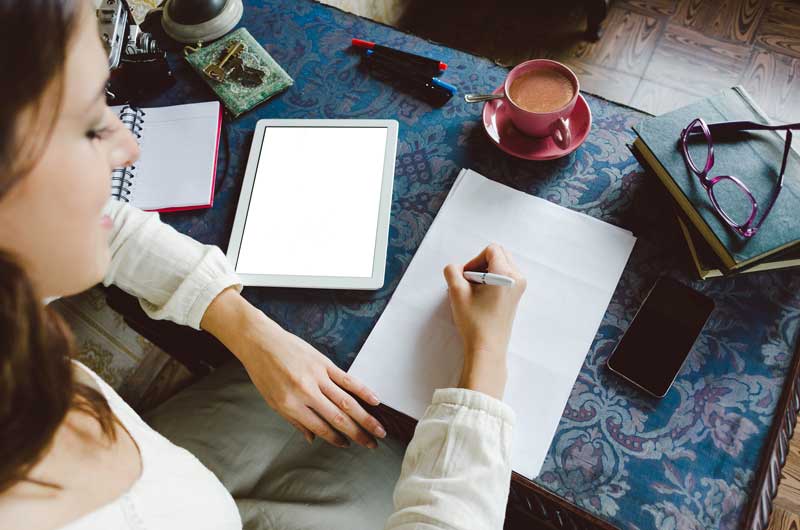 From Unemployed to Making $813,981.89 as a Freelance Writer Working From Home 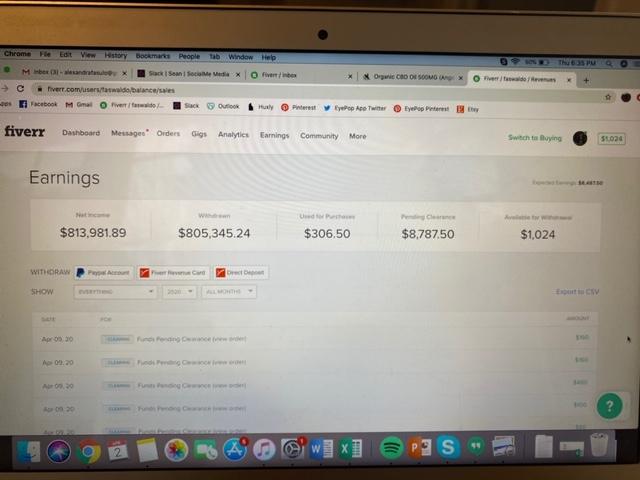 Hey! My name is Alex Fasulo, and I’m a 26-year-old full-time freelance writer, editor, and photographer based out of Brooklyn, New York and Albany, New York. I’m what you call a “digital nomad,” someone who floats around the planet while I maintain my businesses right through my phone and laptop.

Of course, my story wasn’t always this exciting. It’s one of those unlikely “hero” kind of narratives that began with a 22-year-old alone in Manhattan, with no job, barely any savings, and no plan of action moving forward.

How did I get myself into this position? It’s time to dive into the story of Alex Fasulo.

From Political Junkie to PR Flunkie

I was born and raised in Albany, New York, where not much of anything takes place. I always knew I liked politics, writing, economics, etc. so it made sense that I go to school for Political Science. I attended college at SUNY Geneseo and received a Bachelor’s Degree in Political Science after 3 years. Everything was off to a pretty typical start.

I took a job in politics in Albany immediately upon graduation at the age of 21, where I was trained in writing press releases, columns, statements, and comments for Assembly-level politicians. It was a great job to have immediately out of college, and it definitely helped provide me with a foundation I draw on every single day today.

After about 18 months, I felt an itch to do something else. Call me a millennial! I didn’t feel like I was being challenged enough – like I had more to give. With Albany only about 130 miles from New York City, I decided I wanted to move to New York City and give it a try. I thought the time was now or never, right?

I applied to over 200 different PR, event planning, writing, account management, and community organizing companies in New York City. I am not exaggerating when I say 200. No one in Manhattan wants to hire someone who can’t start the job 3 days later.

After a few months of this grueling search, I was about to give up when one tech PR company gave me a shot. I said YES immediately and made plans to move in under 1 week.

I moved to Bushwick, Brooklyn with barely any money or understanding of the New York subway. I was definitely an outsider looking in, and I won’t lie, it felt overwhelming.

I started my first day at this PR firm, hopeful and energetic. After just a few days, I knew I had made a massive mistake. The “best firm to work for” award that this company so proudly advertised online was definitely some type of scam. I was placed at a desk, isolated facing the wall, with no windows or human contact. When I did try to talk to other people working there (mainly women), no one would talk to me, eat lunch with me, etc.

The final straw came at the holiday party when all the girls got ready together before the big bonanza. I came out of the stall in my Forever 21 dress, feeling confident and excited. One girl asked, “Where’s that dress from?” to which I replied, “Forever 21!” Everyone laughed. I couldn’t believe it. I felt so out of place, and I didn’t know what to do.

I debated not even going that night. I went, tried to make the best of it, and went home. I called my mom crying, telling her I was debating quitting. She was supportive of whatever I wanted to do.

That Sunday night, I sat there with my laptop in my hand. I wanted to send the “quitter” email, but I just couldn’t. If you know me, you know I don’t quit things. I am a stubborn, loyal ox.

I barely slept that night. I woke up the next day and knew what I needed to do. I sent my termination email with NO plan of action. I mean NONE. I still had headphones, snacks, and clothing there. I really can’t explain it, but I just felt like I had no other option. I said goodbye and felt freer than ever before.

I spent the day visiting museums and art galleries around Manhattan. I come from an artistic family, so art has always made me feel comfortable.

I went home that night to my apartment and sat on the edge of my bed.

What was I going to do?

I didn’t want to be the girl from Albany that fails to make it in the Big Apple, forced to move home while everyone snickers behind her back. I’ve never been a failure, and I didn’t want to accept it now. I knew I had to do something, and I knew I needed to act fast.

I stared at my screen and thought to myself, “Well, this Fiverr.com site has been earning me $40 here and there for a year. Maybe I’ll try earning more?” I opened up three more “gigs,” which is just Fiverr terminology for services, and went to bed.

The next day, I had an inquiry for my press release gig. I couldn’t believe it. Someone wanted to buy a 300-word press release for $15. I answered them immediately and asked them to book the gig. They did. The rest was history. 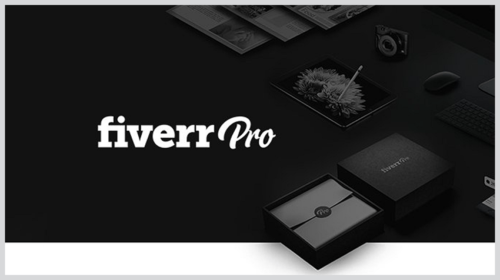 After 2 years of hitting Fiverr full-steam with writing gigs, I was making a living that covered the expenses of living in Brooklyn. I honestly couldn’t believe it. Every day I’d wake up, ready to work, grateful for what I had achieved, and totally comfortable in my newfound entrepreneur/freelance lifestyle.

I was cruising along comfortably when, all of a sudden, Fiverr asked me to be part of a commercial.

“Omg, YES!” is obviously how I responded. How cool, I thought. It was to be filmed in a warehouse in Greenpoint, Brooklyn. I showed up that rainy day in April 2017 ready to make my camera debut.

As I walk inside, a few crew members asked me if I was excited. I thought to myself, “well, yeah… but why does everyone keep asking me this?”

Finally, someone explained to me that this was the first commercial for Fiverr PRO. PRO would be the top 1% of the Fiverr platform in an effort to isolate the best talent for buyers. Essentially, I would go from charging $15-$25 per order to $100 or more.

I was in shock. Literally, my jaw dropped. I couldn’t fathom that kind of pay increase.

To tell you the truth, I still can’t today! I still look at the numbers rolling in through my account and can’t believe what I am earning. I guess what they say is true: hard work truly does pay off.

Now, here’s the good stuff. This is why you have probably heard of me in the world of freelancing, or your interest has been piqued.

It’s a fair question to ask!! As you have just seen, it took hard work, patience, and an unwavering determination to get up each day and do my best. I never felt like I was “underpaid” or not valued enough. I just knew I appreciated this newfound personal freedom that I had, and I wanted to make it work. So I did.

Once Fiverr PRO arrived, everything changed. And I mean EVERYTHING.

It’s not to say I wasn’t working really hard, putting in a ton of time! I was. But just seeing that number on my Fiverr profile blew my mind. As I have said, it still does.

By June 2018, something insane happened.

I was on a trip in Arizona at the end of June, backpacking around the state to hike, to experience the night sky in a “dark city,” and just get to know more about our country. I got an email that CNBC wants to do an article about a young freelancer making a lot of money. This article could potentially be a spotlight article on me and me alone.

I couldn’t believe it. I immediately responded with a YES.

The phone interview ensued just a few days later. I waited that weekend to see if they were going to run it or not. Interviewing with newspapers/sites is hard because after they interview you and get you all excited, they still might scrap the story if it doesn’t fit their news cycle. It’s how it all goes, and that’s ok.

Just a few days later, I was hiking the Grand Canyon when I got a Google alert that my name has been published. I opened my browser, and there I was, right on the cover of CNBC Make It as a “25-year-old freelancer that made $150,000 in just 6 months through Fiverr.”

I feverishly read through the article, hoping I didn’t accidentally say anything I would regret. I finished it and looked up at my best friend who was on the trip with me. I smiled, and we hugged, astonished that I was the talk of the town in the world of freelancing for the day.

We pulled over on a Navajo reservation as I responded to the thousands of emails and Instagram inquiries that flooded my inbox. People from around the world wanted to know how I did it. They wanted me to help them climb out of poverty and support their families. I couldn’t believe this newfound responsibility that I now had.

I answered every single person, and I still do to this day! Message me on Instagram @alexandrafasulo 🙂

I posted a picture that day on Instagram, welcoming the thousands of new followers that were arriving through the article, as I received texts from politicians, past bosses, family members, and people I don’t even know.

Of course, I would be remiss if I didn’t leave out the negative side of things. With everything good comes something bad. The article brought up some intense hate/jealously from people I had thought of very highly. That was hard. It was hard to see who is actually around to see you succeed, and who isn’t. I sometimes miss my life before this kind of notoriety. But as you probably know by now, I’m in it to win it. That’s the only speed I know.

I can’t sit here and tell you this was all luck. It wasn’t. It was many things, but luck wasn’t one of them.

I still can’t believe the money I am making. “Why me?” I think this all too often. Don’t worry, I am working on improving my self-confidence with my earning power. It’s just that they don’t exactly prepare you in high school for being a heavy hitter at 26. And our society certainly doesn’t prepare a woman for this kind of “baller” status so young. 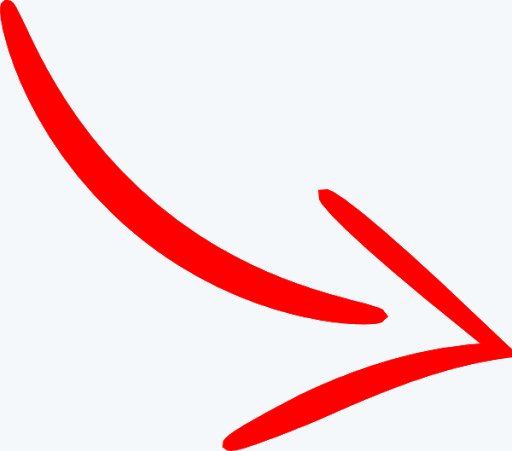 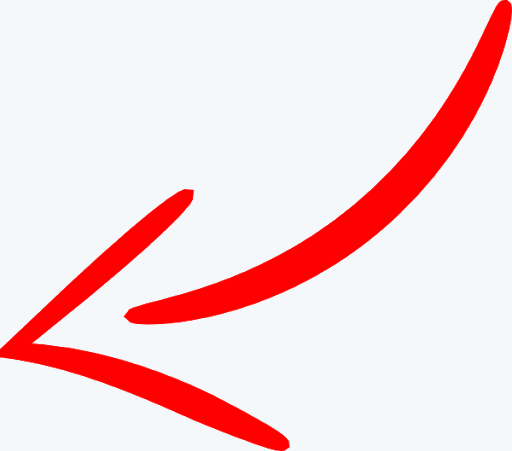 8 Top Tools and Apps for Writers!