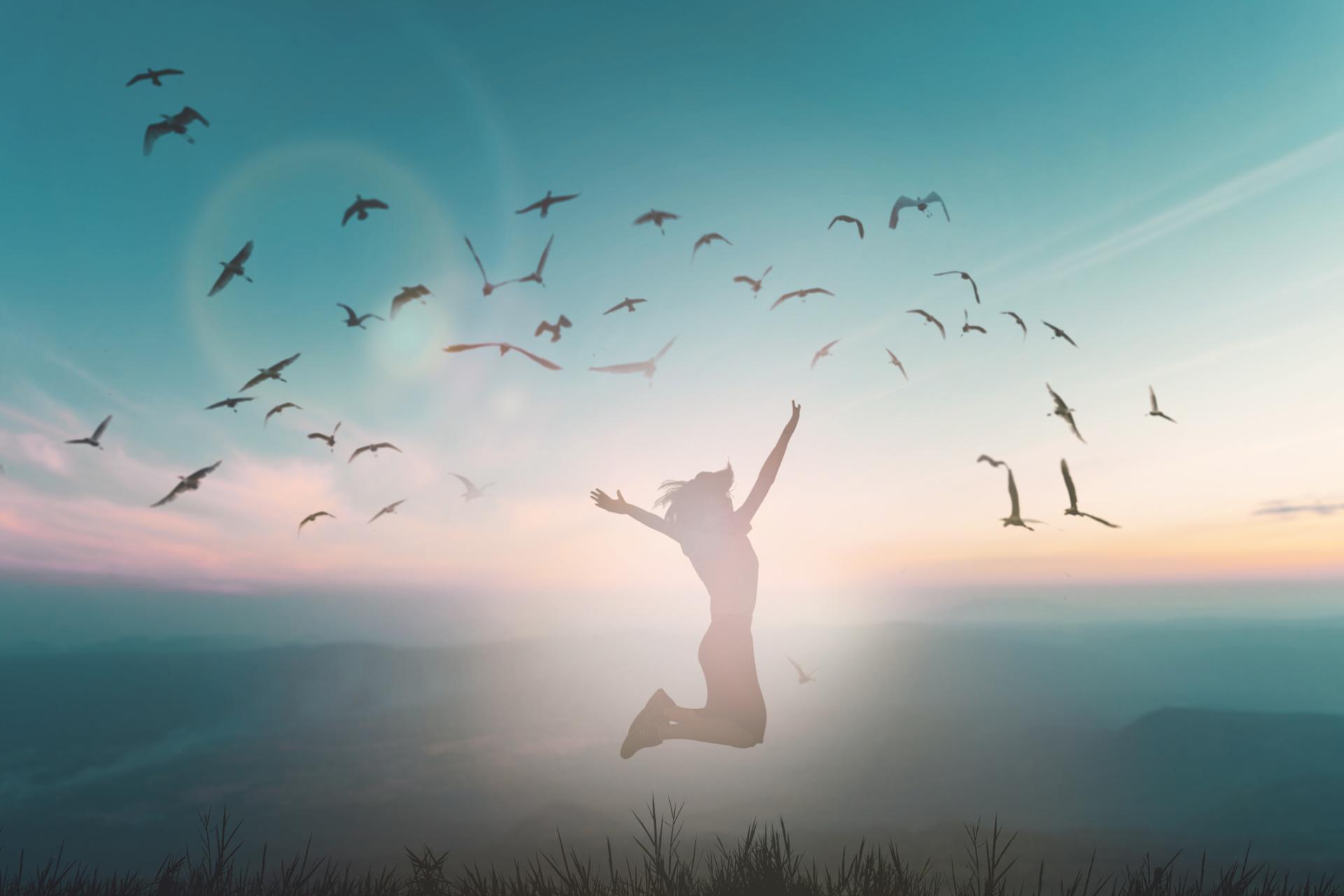 ‘‘Hola, hablo un poco Espanol.’’ That’s all I could say when I first landed in Spain and began my journey abroad. Since then, I lived in many different countries, faced a wide variety of challenges and confronted complex fears. This adventure brought me the confidence today to inspire others.

At the age of 24, I became inspired by the idea of “life abroad.” I wanted the experience of an “expat” to learn about other cultures and languages. Was this a good idea or would it be the mistake of my life? According to my family and friends I was insane to leap into the unknown and leaving the financial security I had at home. Facing a mountain of questions, I simply did not want to grow old wondering if only.

I took action, broke down my goal into small steps, and began applying for jobs pretty much everywhere. Of course, I could have saved a lot of time by crafting a plan to narrow my searches, but patience has never been my strength. Finally, I decided to take a job in Spain as my first destination.

Each time I moved into a new country, I had to adapt to the new environment, learn a new language, try to make friends, and basically find my way around. Using small words with a funny accent and broken phrases full of grammatical errors, was the only way I could communicate, being alone in a new country, away from everyone I knew.

Was it scary? Of course it was, but I kept my focus on meeting people and coming to understand their culture. This practice boosted my self-esteem without even realizing it at the time.

Networking is a valuable talent, but it took practice and much repetition to find the confidence to speak up and ask questions to people I’ve never met before. If you are afraid, start small with a simple “Hello.” Then, consider asking a short question, such as ‘‘where is the supermarket?’’ Just go out there and speak, ask, talk, network. It will bring you much more satisfaction and confidence, rather than holding back because you fear failure.

How many fears I have faced? I wouldn’t know, but I do know that the first time, it always felt like climbing the highest mountain. But each time after that, the mountain slowly became a hill. 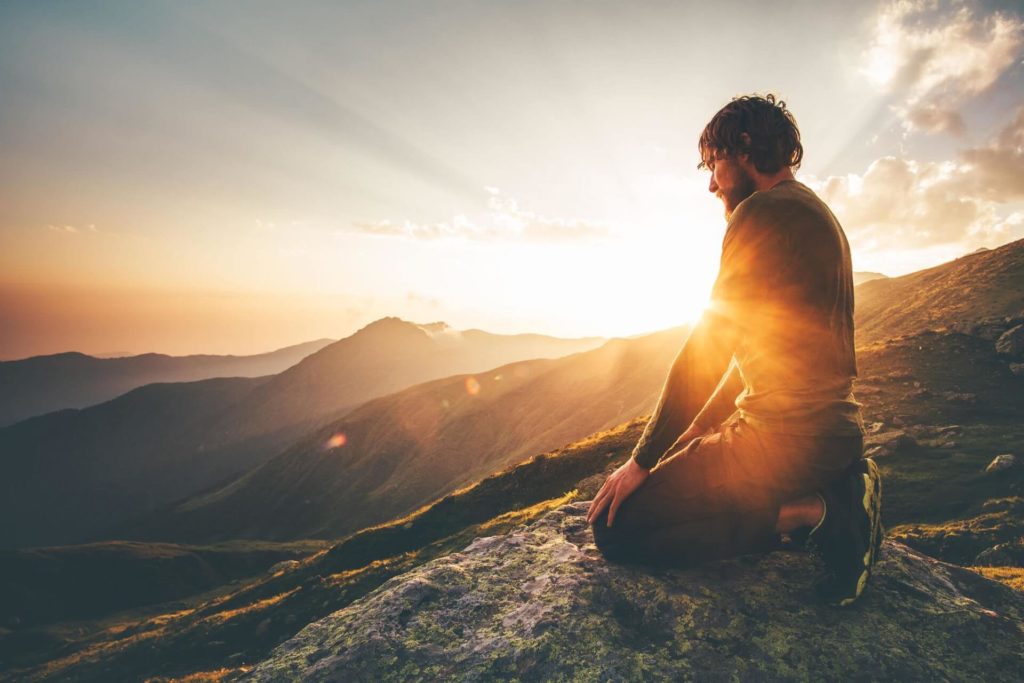 Taking action always starts with one first step. When I moved to France, I had a job as a commercial manager which included door-to-door selling of building materials. There I was, a foreigner with a strange accent, and woman, in a male-dominated field, and I had never done this kind of job before. Can you imagine my anxiety?

I could feel my heart beating in my throat before entering that first door of a huge building. There I was, standing all alone in the middle of construction sites, in a foreign country, speaking a foreign language. But then, I knocked, entered, and with a polite “Bonjour,” started my speech and realized it was not that bad after all. These victories definitely boosted my self-confidence.

While living abroad, there are often times when I lost my motivation and energy or really missed my family and friends. Many times, I sat on my knees in an empty living room, in front of moving boxes, feeling exhausted and alone. It doesn’t matter if I’m 20, 30 or 40 years old. Making a phone call is just not the same when you feel stressed or sad and just crave a hug. But these situations have definitely increased my self-assurance and self-reliance. I’ve realized how every situation, pleasant and unpleasant, are important life lessons making me a richer person.

My journey has also deepened my perception regarding friendships. Who are the ones that really support me unconditionally? Every time I arrive in a new country, I have to rely on strangers. As a result, I’ve found that those who quickly tell me how wonderful and everlasting our friendship will be are usually the ones I never hear from again after I have moved out of the country. The friends who genuinely care are the ones who understand that moving is intense, that it’s not a holiday, and friendship is not about the number of emails or calls.

Having been disappointed in so-called friends, has taught me to choose carefully, which also means letting go of the people who are pulling me down and draining my energy. It takes a while, but being surrounded by supportive people provides the energy that motivates and inspires!

Being single, I am the only one making decisions. Which job, which house, which location, which insurance, which car, which gym, etc… Did I sometimes regret a decision when the job appeared to be a disaster? Did I feel as if I failed?

Not at all! Years ago, I would have said “yes,” because I had never thought about my past mistakes in a positive light. Now, I understand that failing is OK. Failure is life’s greatest teacher. Every “down” moment has an “up,” and I keep moving forward. Each mistake I made led me to making better choices.

Throughout my adventures, my calling became crystal clear: confidence! My mission became awakening confidence by motivating and inspiring people, using my experiences, so they can take actions towards becoming the person they want to be. I started interviewing other people about finding and building their own confidence, and eventually wrote a book based on those interviews and my own experiences.

Has life always been easy? Clearly not. I’ve lost friendships, went through a divorce, and suffered a burnout. I took on jobs that seemed amazing but ended up a disaster.

Sometimes people say that I am lucky. They assume I’m so happy because I’m an independent woman, have travelled and lived in many countries, speak several languages, stay fit, and have a successful career.

Happiness, success, and confidence are things I constantly work hard towards. It’s different for everyone, it’s personal and an inner feeling within ourselves.

Today, I enjoy speaking at events, workshops or book readings. It brings me pure joy to see people shine when they learn to awaken their confidence and realize they can achieve their dreams.

In my journey, I have found that growth takes time, because learning never ends. My goal is to motivate and inspire you, so you can start changing your life from feeling stuck to finding your own life path. This is the message I bring to my audience and readers, hoping it will move you to take charge of your life, to awaken your confidence.

What’s Your Happily Ever After?

Finding Your Querencia: The Key to Empowering Your Character